Loyalty Lab provides data-based marketing services, both to large enterprises and individual retailers. The company analyzes its clients’ customer data to find correlations, build profiles, identify targets, and design more effective marketing and loyalty programs. Headquartered in the Netherlands, the company has 55 employees based in three countries who serve over 2,000 customers in eight countries throughout Europe.

Neither option was appealing. “Staffing a new AI data science department would have required us to replace more than half of our current data staff, which would have increased our personnel costs and been very disruptive,” says Koers. “And as a project-based company, we try hard to minimize costs that won’t always be billable to a specific campaign or initiative.”

Loyalty Lab wanted a machine learning solution that could be operated by employees without specialized AI data science expertise and that offered pay-as-you-go pricing.

“PredicSis.ai in AWS Marketplace lets us concentrate on results rather than technology.”

By early 2017, Loyalty Lab had not found a solution that met these requirements and was on the verge of staffing a new AI data science department, despite the drawbacks. Then the company learned that a machine learning solution offered by PredicSis, called PredicSis.ai, had become available in Amazon Web Services (AWS) Marketplace.

Loyalty Lab quickly saw that PredicSis.ai, procured through AWS Marketplace, would be an ideal solution for two main reasons.

First, for an AWS customer like Loyalty Lab, PredicSis.ai easily overcomes one of the biggest obstacles that machine learning solutions can encounter: the difficulty of obtaining live access to the necessary data. Loyalty Lab has relied on AWS services, including Amazon Redshift and Amazon Simple Storage Service (Amazon S3), since 2011, and PredicSis.ai in AWS Marketplace can connect to and start analyzing data stored this way in seconds.

Second, because it was available in AWS Marketplace, PredicSis.ai offered precisely the pay-as-you-go pricing model that Loyalty Lab wanted. “With that pricing model and the simplicity of PredicSis.ai, it was so easy to just try it out,” says Koers. “As soon as we did, we could tell that PredicSis.ai had the power we needed.”

To get started, Loyalty Lab specified which PredicSis.ai version it wanted to use, the AWS Region it needed, and the size of the Amazon Elastic Compute Cloud (Amazon EC2) instance that met its requirements—right from the PredicSis.ai page in AWS Marketplace. One click later, Loyalty Lab had launched PredicSis.ai as an Amazon Machine Image (AMI) and was ready to run its first PredicSis analytics initiative, a lead-qualification project for a major European automaker.

To identify which leads—in this case, people who had either requested brochures or taken test drives—were most likely to buy a car, a Loyalty Lab data analyst uploaded past lead-conversion data to Amazon Relational Database Service (Amazon RDS). Then the analyst used PredicSis.ai in AWS Marketplace to filter the data for features that correlated to conversions. After 40 minutes of manual work and a few seconds of application runtime, PredicSis.ai delivered a predictive model for analyzing the new leads dataset and could then be shut down. “For AI data scientists to design and run this same initiative would have taken at least 30 hours and cost many times what it cost us to use PredicSis.ai, and the results would have been nowhere near as detailed,” says Koers.

Loyalty Lab is able to accomplish this by using advanced machine-learning capabilities, despite employing no data scientists specializing in AI technology. “PredicSis.ai is no more complicated to use than basic spreadsheet software,” says Koers. “Because it’s accessible to marketers and other business users, without requiring any IT involvement, PredicSis.ai in AWS Marketplace lets us concentrate on results rather than technology.”

Many companies would willingly pay a premium to amaze their customers this way, but the pay-as-you-go pricing of PredicSis.ai through AWS Marketplace meant that Loyalty Lab didn’t have to. “One of the strongest arguments for using PredicSis.ai through the AWS Marketplace is that your costs are tied to your actual usage and end up being so much less than licensing a managed solution for machine learning,” says Koers. “It’s really the icing on the cake in terms of how it augments the AWS services we were already using.”

Jean-Louis Fuccellaro, PredicSis chief executive officer and cofounder, says that Loyalty Lab’s experience is typical of its customers who obtain PredicSis.ai through AWS Marketplace, which is why this offering is now central to the company’s growth strategy. “When you look past all the hype about machine learning, the real question is how it can help you do real business,” he says. “The benefit of being on AWS and then adding PredicSis.ai is that the data is right there, you don’t need IT assistance, and any business user can try it to gain accuracy and speed. The democratization of machine learning has always been our central goal, and bringing PredicSis.ai to AWS Marketplace has turned out to be the perfect way to achieve that.” 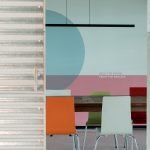